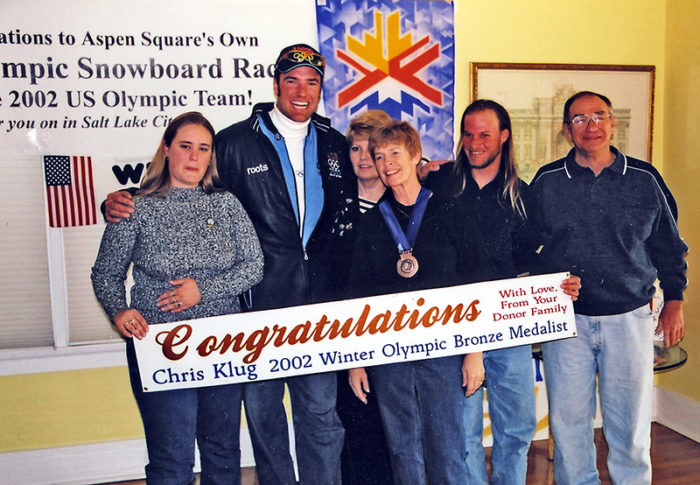 On July 28th, 2000 I had a liver transplant at the University Hospital in Denver, Colorado. I was diagnosed nine years earlier with PSC (Primary Sclerosing Cholangitits), a rare degenerative bile duct condition which required a transplant. Dr. Greg Everson and his team took great care of me leading up to the transplant. Dr. Igal Kam performed a perfect surgery and I was back doing what I love less than two months later. I’m so grateful to all the professionals at Denver’s University Hospital!

I’m lucky to be alive today. It was truly an amazing experience for me and for my family. To receive the gift of life is a humbling experience. I will forever be grateful for my second chance. Everyday I thank God and I thank the individual’s family for the decision to donate.

The hardest part of the transplant was the waiting game leading up to my transplant. It’s not like an orthopedic injury. You can’t just get the MRI or X-Ray, find out what’s up and get it fixed. You’re life is put on hold; you hope and pray daily for a second chance. I wore a pager every minute of the day and carried a cell phone as a back up in anticipation of receiving a call from the University Hospital Transplant Team informing me that a liver was available that matched my blood type, age and size. 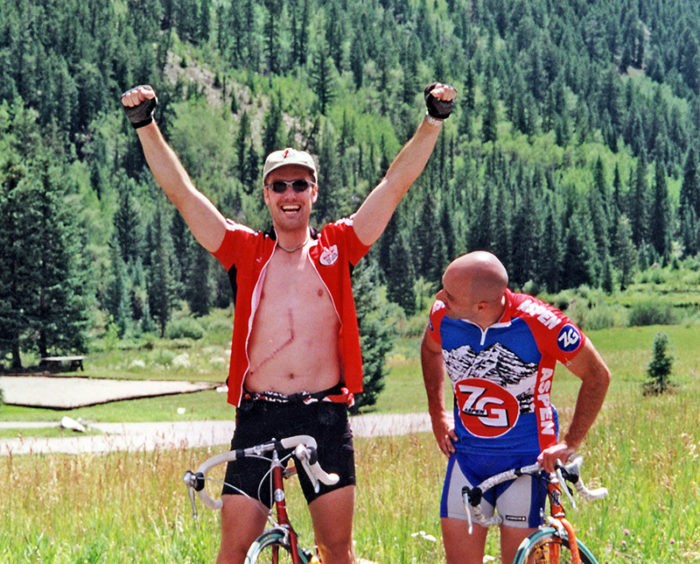 Three months after being upgraded on the list to a more critical stage, I was attempting to work out at the Aspen Club & Spa with my bro Jason, my girlfriend Missy and my buddy Marco and my phone rang. When I finally got the call I was relieved that the wait was finally over, but scared to death of the prospect of possibly not surviving the surgery.I was extremely fortunate. I received a perfect match and had the best team of doctors around performing the operation. I was pretty fit going into the surgery, which helped me bounce back quickly. I worked hard preparing for the surgery both mentally and physically.

I was out of the hospital in record time, four days, and back in the gym lightly riding a stationary bike and lifting my arms within a week. I really had to listen to my body and to my doctors and go easy for the first month. The risk of an insertional hernia was high, so I took it easy. We stayed in Downtown Denver at the Magnolia Hotel for the first month following my transplant in Denver. The doctors told us the best thing I could do was walk, so I that’s what we did. We walked to Broncos Games, Rockies Games, the new aquarium, and shops all over the city. I even walked a round of golf, following Greg Norman, Sergio Garcia, and Phil Mickelson at the International at Castle Rock. Man, was I spent after that. I remember sitting on the eighteenth green in the shade, after the event for about a half hour catching my breath and trying to muster the energy to make it back to the car.

I returned to Aspen a month after my transplant to begin my rehab with my trainer Bill Fabrocini at the Aspen Club Sports Performance Center. Bill got a kick out of receiving his first script for “Liver transplant physical therapy.” We eased back into strength work and did regular abdominal massage and soft tissue work. My abs had been sliced through, so it took quite a while for them to come back and it left a “Bad” new tattoo. I still get curious looks at the pool or lake when I lose my shirt for a dip. I’ve come up with some pretty good stories explaining my scar. The shark attack tale actually works!

I was back on my road bike about four and a half weeks post-surgery, riding with my friends Gary and Marco up Ashcroft outside Aspen. I was sucking wind on that first ride. It took a while for my red blood cell count to return from the low twenties at surgery to normal. I wasn’t transporting oxygen like I was used to so my lungs were working overtime at nine thousand feet above Aspen.

Seven weeks after my surgery, I began light abdominal strengthening. A week later I headed to Mt. Hood, Oregon for my first runs back on my snowboard. It was pretty special. I remember being so excited to be back on-snow and with my friends. I never take a day of riding with my buddies or a single turn for granted any longer. 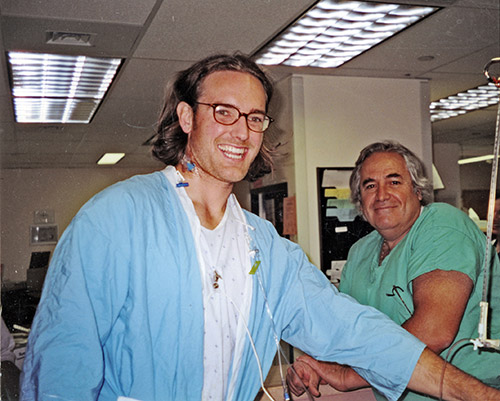 I was back on the World Cup Circuit four months after my surgery. Six months later I stood atop the podium in Olang, Italy for the first time. That winter was one of my best seasons ever. I attribute that to a new perspective on life and feeling lucky to be doing what I love again after running the “Race for my Life.” A year and a half later I had the opportunity to represent our country in my second Olympic Games where I won a Bronze Medal and fulfilled a life-long dream!

Chris Klug Foundation advocates for organ and tissue donation, and inspires those touched by transplantation.

Through our programs we reach tens of thousands of young people each year, equipping them with facts about organ donation so they can make educated decisions.

Be sure to check out our annual celebration of life event, Summit For Life!
Learn More

Chris has spent plenty of time exploring mountain communities around the world and his favorite the Elk Mountains in Aspen and Snowmass, Colorado.

Proud to be a licensed Real Estate Professional with Aspen Snowmass Sotheby’s International Realty, he is committed to bringing the same enthusiasm, commitment and integrity to his real estate activities that made him an Olympic Champion.
Learn More

Chris shares his inspirational story as a professional corporate and motivational speaker. He shared his message with thousands at over five hundred events nationwide the past decade.

His snowboarding career and transplant experience has provided Chris a tremendous platform to help inspire others with his story.